Atomic Bomberman is a Bomberman version created for Windows in 1997. Special features of this version are network and up to 10 player support.

Schemes are maps with defined starting points, breakable and unbreakable stones, and starting objects. Unfortunately, this information is not presented while choosing a scheme. That's why assembled an overview.

Atomic Bomberman as an Event

The "Haus des Spiels" (transl.: House of Games) in Nuremberg (DE) initiated a regular event called "Bits & Boards", for which I prepared a 10 player setup presented on a beamer. It turned out to be great fun for the participants. We might repeat that in future.

Here are some impressions from these events: 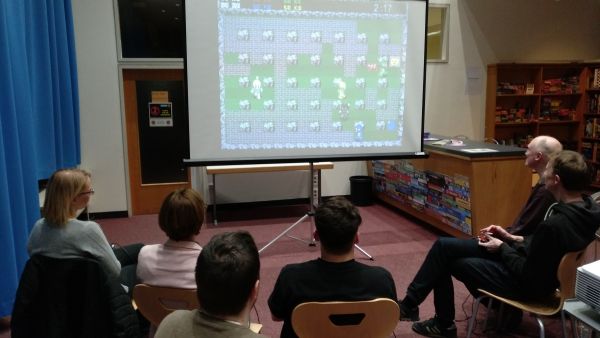 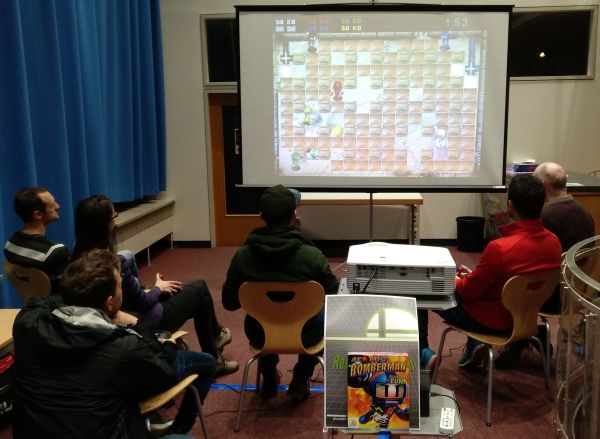 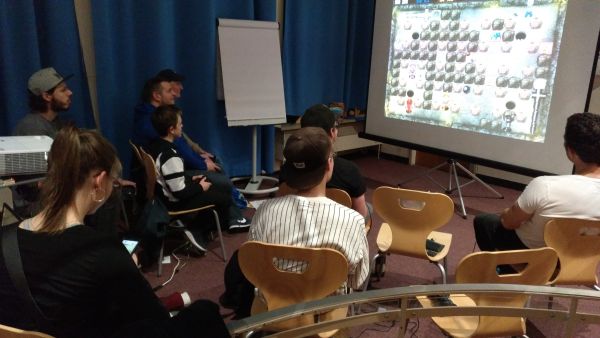 If you want to set it up yourself, Windows 10 gives you some headaches with the amount of controllers of same type to work simutanously. I suspect an XInput issue, as you are limited to 4 controllers. I created a Wine setup on Linux instead, which works almost flawlessly.